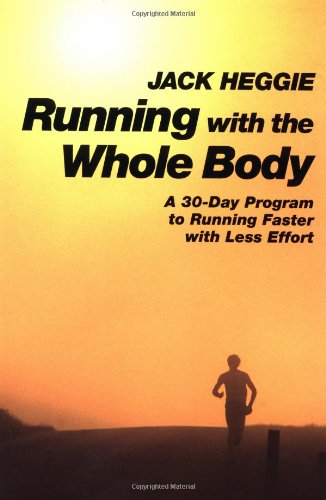 From the Back Cover
Anyone can learn from the series of exercises Heggie proposes during the thirty-day period. These isolate the workings of the various parts of the body to show how each part of the body balances and works in concert with the others. The result is a body whose torso, hips, pelvis and shoulders all move freely in the act of running. You will discover how to unleash the power of the large, strong muscles of the hips, spine and shoulders to power your running. Heggie contends that the shoulders and arms are the "drive point" of running. We build up speed by centering greater effort on the movements of the shoulders and arms, and the hips and legs respond. This connection between the upper and lower body makes endurance and better breathing possible. Most people are dogged by injuries and habits which curtail their running and cause strain on the back, knees and ankles. This revolutionary 30-day program will not only prevent you from injuring yourself in a new way, but enable you to become a smoother, and more powerful runner.


Jack Heggie earned a degree in physics and worked as a digital computer design engineer, programmer, and field engineer for ten years before becoming a Feldenkrais Practitioner. He studied with Dr. Feldenkrais in Israel and the US, and has trained with Ruthy Alon, Mia Segal, and Shlomo Efrat, all senior Feldenkrais trainers. Heggie has written about the Feldenkrais approach of learning through awareness for Skiing, NorthWest Skier, Boston SportScape, Snow Country, The Instrmentalist, Direction, and Somatics magazines. He maintains a private practice in Boulder, Colorado and Dallas, Texas.